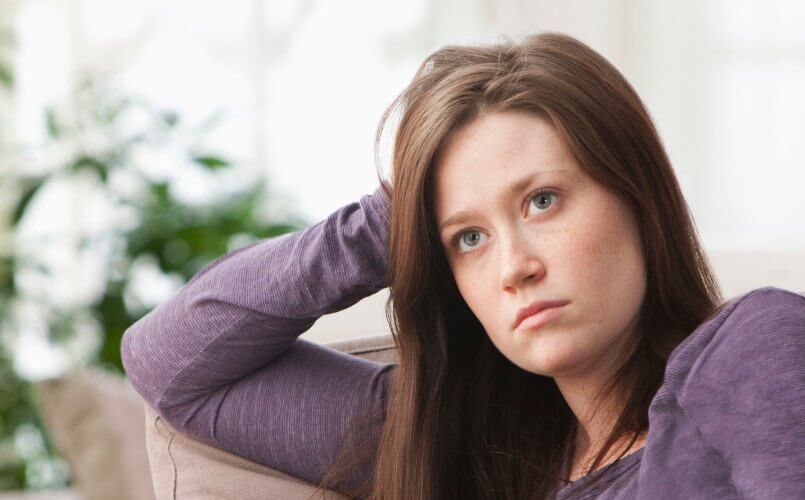 My special report on Virgo Traits explains this in more detail.

The truth is you only need to strip out the word Virgo and replace it with Aries, Scorpio, Gemini, Capricorn, you name it and you would still have a full list. The reality is that, there are always traits that we like and we don’t like with all signs of the horoscope.

That’s what makes us human. That’s what makes life awesome. There is no such thing as perfect person and there’s no such thing as a perfect horoscope sign. With that out of the way, here are five Virgo personality traits that tend to drive people up the wall. Whether they are annoyed, angered or all points in between, some of these negative Virgo personality traits tend to bring out the worst in people.

There many times in life where people who pretty much didn’t know each other will turn to each other and become very emotionally honest. There are moments of truth, especially in emergency situations where people share and open up. This is especially true in relationships between Aries and Virgo in 2014.

It is the shared experiences that truly help people discover their common humanity. One of the most annoying of the negative Virgo personality traits is to confuse emotional intimacy and honest emotional moments with some sort of lifelong emotional commitment.

Just because I open up to you doesn’t necessarily mean that I want to be your best friend forever. In the same way, if you open up to me because there’s some sort of emergency that it means that you owe me something for life.

It doesn’t work that way. However, Virgos tend to confuse emotional intimacy with commitment. Why? They look at the world in black and white terms.

They either look at people as emotionally closed or emotionally open. When people are emotionally open, this of course triggers some sort of reciprocal responsibility. Among many Virgo personality traits that people find annoying, this is especially troublesome because it cuts so deep.

In other words, it denies other people the opportunity to share intimate emotional truths with Virgos without a guilt trip or some sort of responsibility placed on them.

Many people up think that this amongst all of the negative Virgo personality traits is one that really highlights their tendency to be unfair in terms of their expectations of other people.

Taking liberties with a company property or school property doesn’t necessarily mean you’re a thief. Well try explaining that to the Virgo. In terms of Virgo personality traits this is one trait that really paints them into a corner. It also helps insure that Virgo’s are often judgmental, angry or sad a lot of times.

Don’t get me wrong Virgos can be and are great people to be around most of the time. There are many positive traits of the Virgo male and Virgo female personality types that people love.

They can be and are most of the time good to be around. However, they do tend to have fairly severe limitation when it comes to separating people from the things people do.

Virgo tends to look at the world in terms of absolute black and white.

It’s kind of like reading a philosophy from Immanuel Kant. Either or morality, either you did it or didn’t and all your character value everything about you is locked up into what you did and this is especially true when it comes to emotional states.

So that’s why this is one of the most annoying of the negative Virgo personality traits. It’s annoying if you love a Virgo or are friends with one because this personality trait tends to make them rigid and inflexible, in other words, it prevents them from being happy.

Virgo Personality Types are too Judgmental

Flowing from the personality trait described above, Virgos tend to be judgmental. They judge and appraise people based on one particular window into that person’s life. They don’t care about looking at a person as a complete person.

They don’t care about your personal narrative. They only cherry pick certain parts of your story and that will define you. Of course, not all Virgos are like this. They do all have this tendency, but they’re not all like this.

Still, among Virgo personality traits, this is the one that causes a lot of interpersonal conflicts. A lot of the conflict, believe it or not, is from the side of the Virgo because if they put you in a box they cannot remove you out of that box, you’re already forever shaped by that box they put you in.

Sadly, it’s a mental box, it’s a box that they control and as a result, their behavior changes towards you.

Among Virgo personality traits that impact friendships and relationships (especially in a Virgo Leo Relationship), their tendency to be too judgmental and too severe gets in the way of them really developing deep and meaningful relationships.

Here’s a clue, if you want to be real friends with somebody, if you want to have a real romantic relationship with somebody, you have to learn how to forgive. You can’t forgive if you are too judgmental, see how that works together. Among different Virgo personality traits, this is high up there in terms of driving people mad.

Virgo Personalities Set Themselves up to Fail

This is almost laughable when it comes to the many different Virgo personality traits that people have a problem with, still it’s true of many Virgos.

They intentionally view the world in terms of absolutes and in terms of ideals. When the world fails to live up to these ideals, they then turn around and get disappointed.

They then turn around and blame people or they get mad or they get mad at themselves. If you really look at it from a 10,000 feet perspective, you would see how ridiculous this is.

You would see how many Virgos often live lives that rob themselves from full happiness and contentment because of this mental construct that they set up for themselves.

Taking too Long to Commit

If you are in a business situation or if you’re in an emergency situation, you need your partner to just hit the ground running. In other words, make a quick decision and commit to it.

Unfortunately, one of the most irritating and most negative Virgo personality traits, especially when it comes to work settings is their inability to commit quickly.

They will commit, after enough prodding and after enough time has passed, however, if it’s crunch time and things need to happen, this is one of many Virgo personality traits that really will drive co-workers and possibly love partners up a wall.

Do you have any thoughts of your own on the most annoying and negative traits of the Virgo star sign? I would love to hear them so leave you  comment below. The best comment will get a free 12 month love forecast worth $79.99

Since I’m a Virgo, my most annoying trait that has sabotaged me my entire life is having too many interests, being unable to zone in on one long enough to be successful at it. The true successes for me as a Virgo have
been serving others without compensation, but that doesn’t pay the bills.

being a loner, virgos are too involved in themselves, that make them unavailable in romantic relationships. they can help u selflessly, but expecting emotional availability for a long time especially once u r not in trouble is asking for too much

you seem butthurt. Did a virgo hurt your feels and now you’re bitter and have to trumpet it to the world?

I know right? Took the time to make a whole article about how horrible Virgo people are.

I totally agree with this. I have realised each and every point of the article over and over since a long time ago with the ongoing experiences. Now I only feel the need of an article which could help the virgos to work out these traits.

Im currently dating a virgo woman well its been about 5-6months together an were official.we get on great an dont argue or no issues but other day we had a little tiff in texts an all shes done for 2 days is ignore me.shes normally abit distant in general but feels like shes playing games.i also think that with virgo women you cant be open with them as they hold the slightest thing against you.this ignoring over nothing has made me feel horrible so ive decided its over in my head.its a real shame if its finished as we got on great an is abit confusing

i totally agree! coming from a saggi women who is currently dating one. ADVICE: u will go insane! Then end up becoming depress! Because they deal everything based on knowledge and facts. Never on emotions. This is why they will never know how the other person is feeling. but I believe this only applies to those who haven’t accepted the fact that everyone is different.

Those who haven’t. stay away! They will emotionally and physically abuse u, if u don’t end up following/listening to them. They will treat u like a dog! Even if u are their GF.
Seeing them never happy! It’s annoying! there’s always something that will pissed them off throughout the day. Every conflict, they will blame u, call u names, say harsh words to you(eg: stupid) and compare u.
They will always deny these things because they think they know everything. Even with something your really experienced with, They will talk to you like as if you know nothing. (Aka stupid!)

Personally, that’s from me but maybe not all virgos are the same.

I’m a Virgo and I don’t like this article so I don’t like you. You are now in a box. A box where I will judge you.

What a surprise, another article dedicated to how other people’s need to have their egos stroked makes Virgos bad people. We go out of our way to help everyone around us and because we prefer to support people through actions instead of empty, flowering words it doesn’t count. If you want a partner you can rely on, Virgos are for you, if you prefer someone who only promises the world, then I agree we may not be your cup of tea. I can see how we would seem emotionally unavailable but I would encourage people to recognize that everyone processes information differently and just because we can handle a great deal of emotions with a calm head, doesn’t mean we aren’t feeling.

I would also like to clarify the whole judgmental thing, given assuming what someone is thinking isn’t always the best method of understanding…we notice EVERYTHING about you but to make the jump that we are judging you is unfair, we are more like children than bitches in the way we say things with no filter…for example I would say: “your pants don’t fit” and you would hear “your pants don’t fit, you idiot”…but in reality it’s more like “your pants don’t fit….and I don’t care about that either way ”

So cheers and here’s to all of us being willing to put ourselves in someone else’s shoes for a minute!