Five Things You Should Never Say to Leo Men 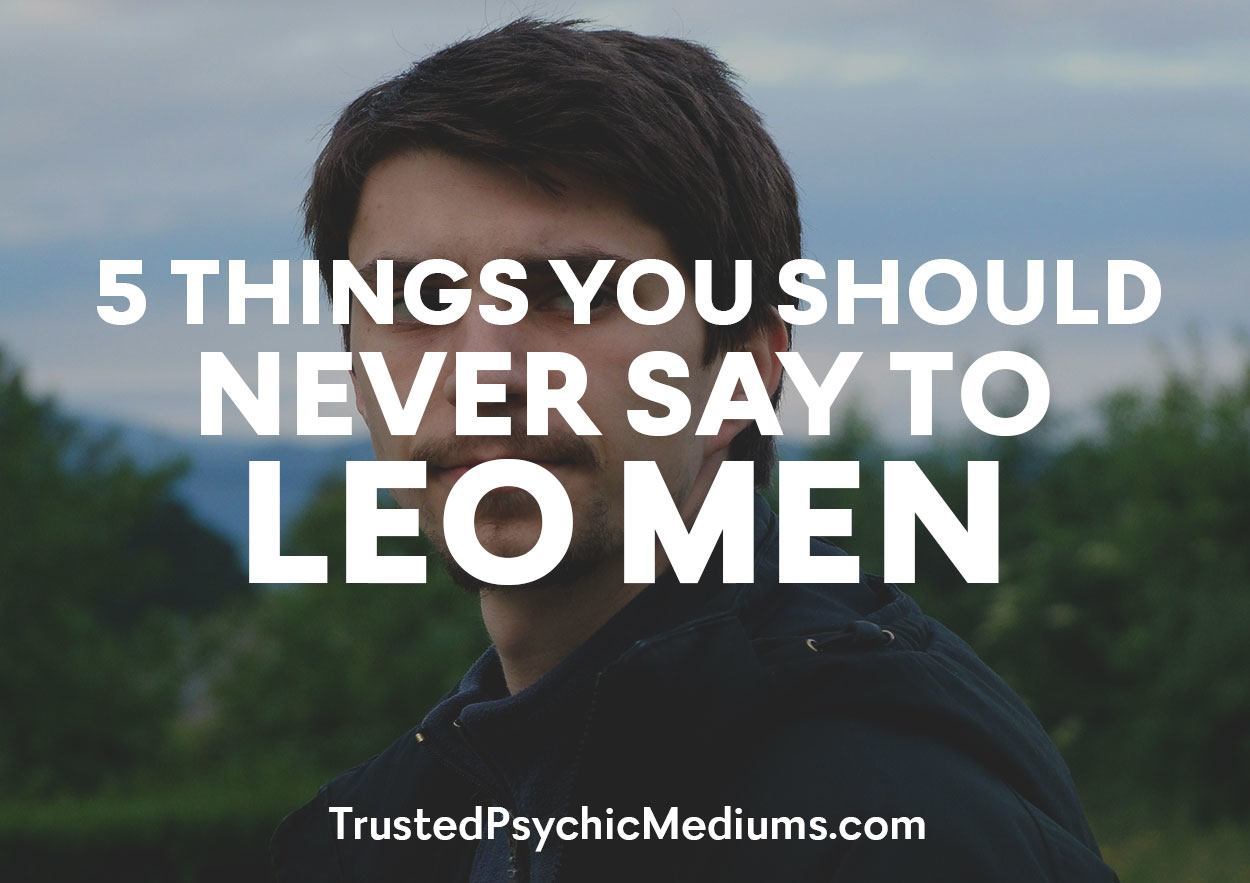 Leo guys are headstrong. That much is undeniable.

In any kind of group situations, you can count on the Leo to be the tough guy and the source of courage for the rest of the group.

Of course, we all know that a lot of this courage is simply projected insecurity. They are grappling with a deep and profound of insecurity.

In their minds, the best way to combat that gnawing feeling is to project the very opposite. So if you’re feeling scared, you come off as looking strong. If you are feeling worthless and inferior, you come off as egotistic and proud.

You know the drill. It’s all about binary opposites.

The saddest part of this situation is that in many cases, it has become a habit. It happens automatically.

It’s not like they intend for this reaction to happen. It just happens.

This is the core of the Leo personality. I don’t mean to put a very negative light on it, but that is the truth.

Leos need to understand this basic truth about their personalities for them to mature, make progress, and, in many cases, move on.

Leos who manage to become happy, content, and fulfilled in life are able to mature with this internal dynamic. You really can’t change this personality core trait fundamentally.

Indeed, all horoscope signs have a core set of traits that are unchangeable. The secret to living happy lives is ‘maturing’ their core traits so they produce happy situations instead of frustration.

It’s all about coping and putting a very positive spin on it.

Instead of producing a deep and profound sense of insecurity and unhappiness, this internal dynamic produces productivity and a sense of happiness.

It can happen. The secret ingredient of course is maturity and time.

This is very important to remember because there are certain things you should never say to Leo men.

In fact, the list is very long because the insecurity involved is quite profound. Here are just five of the things you should never say to Leo men.

When you say this to a Leo man, it’s treated as some sort of threat. It basically calls the person out regarding his insecurity and his inadequate responses to stressful situations.

In many cases, charging in without all the answers only makes a situation worse. Unfortunately, Leos don’t want to hear this. They don’t want to be told to grow up.

If you do this, they will double down on what they’re doing.

Instead of seeing the disagreeable go away, it will actually get worse.

You’re not all that

There’s a reason why Leo guys like to grab all the credit. They’re big on taking a credit for all the glory that a particular group achieves.

As the old saying goes, success always has many fathers, and failure is always an orphan.

With a Leo, he wants to be the only father of success.

Of course, you can already tell that this is going to step on many toes. In any group setting, it’s always a good idea to give credit where credit is due. Unfortunately, the Leo men have totally skipped out on that memo.

Simply telling a Leo man that he is not all that is a direct challenge to his self-conception.

This is a slap in the face, and you can expect a lot of resistance.

You don’t need to stand up for me

There are a lot of positive aspects to the Leo personality. One aspect is that they stand up for people. In many cases, they will go down fighting for people they barely know.

Why? They do things out of principle. They feel that they’re responsible for the groups they willingly choose to stand up for.

It’s not uncommon for Leos to be completely selfless in this respect.

Unfortunately, it can also be very suffocating. It also leads to a lot of credit grabbing.

Worst of all, you probably won’t hear the end of it that they did you a favor sometime in the past, and they keep going back to it again and again.

I’ll open my own doors, thank you very much

Leos are very big on chivalry. Unfortunately, they prefer the chivalry that is kind of all show and little substance.

While it’s a nice show to open a door for a lady, the truth is real respect has nothing to do with opening doors. It goes much deeper than that.

Unfortunately, when you tell the Leo man that you will open your own doors, it reminds him of the superficial game he is playing.

It brings home the point that he’s just doing things for social approval.

Not surprisingly, he’s not going to react all that well to you calling him out.

Leos think that they can grab the spotlight with impunity. They think that their contribution to any grab is so crucial and so indispensable that it is their birthright to grab all the credit.

When somebody stands up to them and says stop hogging the spotlight, you are going to get a lot of push back.

You are going to get the classic Leo reaction of listing out your contributions compared to his contribution.

It’s really hard to win such an argument with a Leo because he is so caught up in himself.

The reason for this of course is he doesn’t have much of a self to hang on to. Again, it’s that deep and profound insecurity shining through.

Keep these basic facts in mind when dealing with Leo men.

There are just certain things you shouldn’t say to them because it can open a lot of wounds in your relationship.

Calling them out in the wrong way at the wrong time and at the wrong place can steer your relationship towards a downward spiral.