Leo Vs Libra: Which Sign Has the Most Attractive Personality? 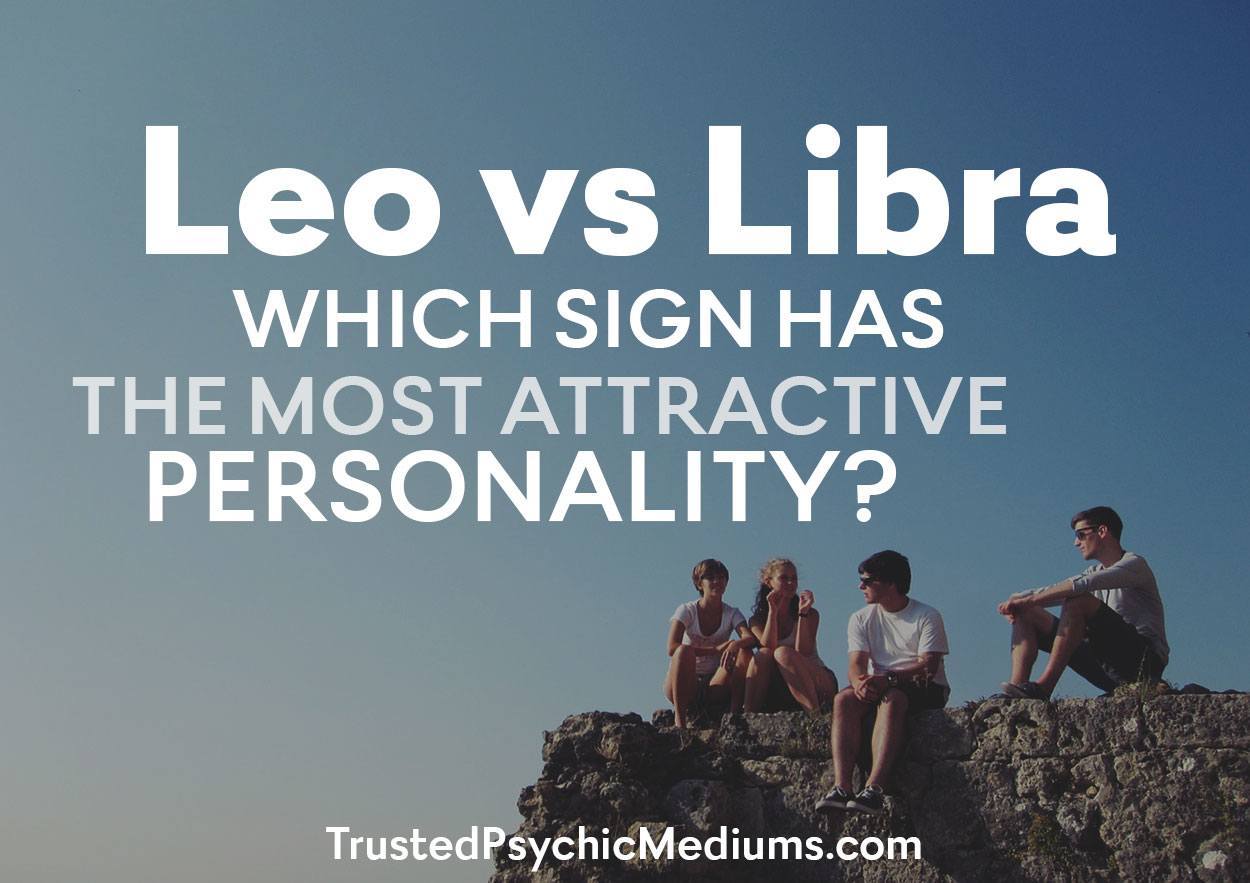 I really hate comparative articles. I really do.

Everybody is complete and different in their own way. It’s like looking at art.

When you look at a painting done by Andy Warhol, you don’t instinctively compare him with Van Gogh. It doesn’t make any sense. Every artist has to be addressed and confronted based on his/her own terms.

The same should go with people.

In other words, they’re like this unique painting that has its own rules.

You have to look at the painting on its own terms to get a realistic understanding of its beauty and its value.

Unfortunately, that’s an ideal. We don’t live in an ideal world. We live in reality.

In other words, you’re always judging one person related to the strengths or weaknesses of another person.

We kind of occupy this continuous map. And depending on which aspect of our lives is being evaluated, we can rank high or we can rank low.

That’s just the way things are.

With that out of the way, here is an analysis of Leo and Libra personalities when it comes to attraction.

This is a very limited analysis because the focus is primarily on these personalities’ ability to attract people. There are, of course, an almost infinite number of other criteria we could apply to size up these horoscope signs.

When it comes to attracting people, whether for business or social purposes, the Leo has a strong competitive advantage.

At the very least, it’s much better than the Libra in this respect. I am, of course, talking about willpower.

Leo women and men are the type of people that can get up and go. They don’t really look at what they’re up against. They don’t get worked up too much about the odds.

They just need to get an idea in their head, and they have the willpower to get up and do it.

This is great in many kinds of situations. This is definitely useful when it comes to business and career advancement.

One of the most common fears people have is the fear of public speaking. Leos tend to have a high level of confidence when it comes to doing things.

In many cases, they need to take a very massive beating for them to want to stop doing something. This is a great advantage that they have because other horoscope signs are able to appreciate it and recognize it.

When the Leo tries to make the scene, he/she just goes in there with full power. People stand back in awe.

The performance might not be well-polished. The substance of what the person is doing might not even be all that desirable.

Still, the sheer willpower, or the sheer focus and determination, is sure to make the Leo a lot of friends.

With that out of the way, most of this respect often evaporates very quickly. Why?

The Leo tends to take things too far.

They take things too seriously. And instead of being strong and forceful, they come off as brash and cocky.

In many cases, they come off as hollow. A lot of the initial admiration people have around them easily turns into annoyance.

Given enough time, people might actually become disgusted and irritated by the Leo.

Many onlookers would rather have that person go away. It’s very easy for the Leo to overstay his/her welcome.

The Libra Law of Attraction

When it comes to making a big first impact, the Libra is the opposite of the Leo.

In fact, the Libra would take his/her time.

In many cases, you wouldn’t even notice the Libra. In most social situations, the Libra just blends in the background.

However, the more time you spend with the Libra, the more this person grows on you. Why?

Libras are, if anything, very balanced in what they say. Words don’t come out of their mouths easily.

They have to always look at what they’re about to say and try to weigh it. They always try to focus on the best way of expressing something.

The downside to this is that Libras often get stuck in auto-pilot.

What I mean by this is that they’re constantly thinking and worrying about how other people would receive their message that they don’t send out the message at all.

In many cases, they are so focused on how they should say things that the importance of what they have to say slips by.

This really is too bad. When it comes to important information, Libras need to speak up more often.

Unfortunately, they are so worried about getting the message across or communicating the right idea that they often become bad communicators.

The secret to being an attractive person is effective communication. Your communication skills don’t just revolve around the words that come out of your mouth.

In fact, how you stand up, how you move your hands, your facial expressions, and all other non-verbal signals paint a complete picture.

Libras don’t get this. They focus so much on the words.

They spend a lot of energy agonizing on the words that they’re going to say that they end up becoming ineffective communicators.

This really is too bad.