What Most Leo Signs Get Wrong About Happiness 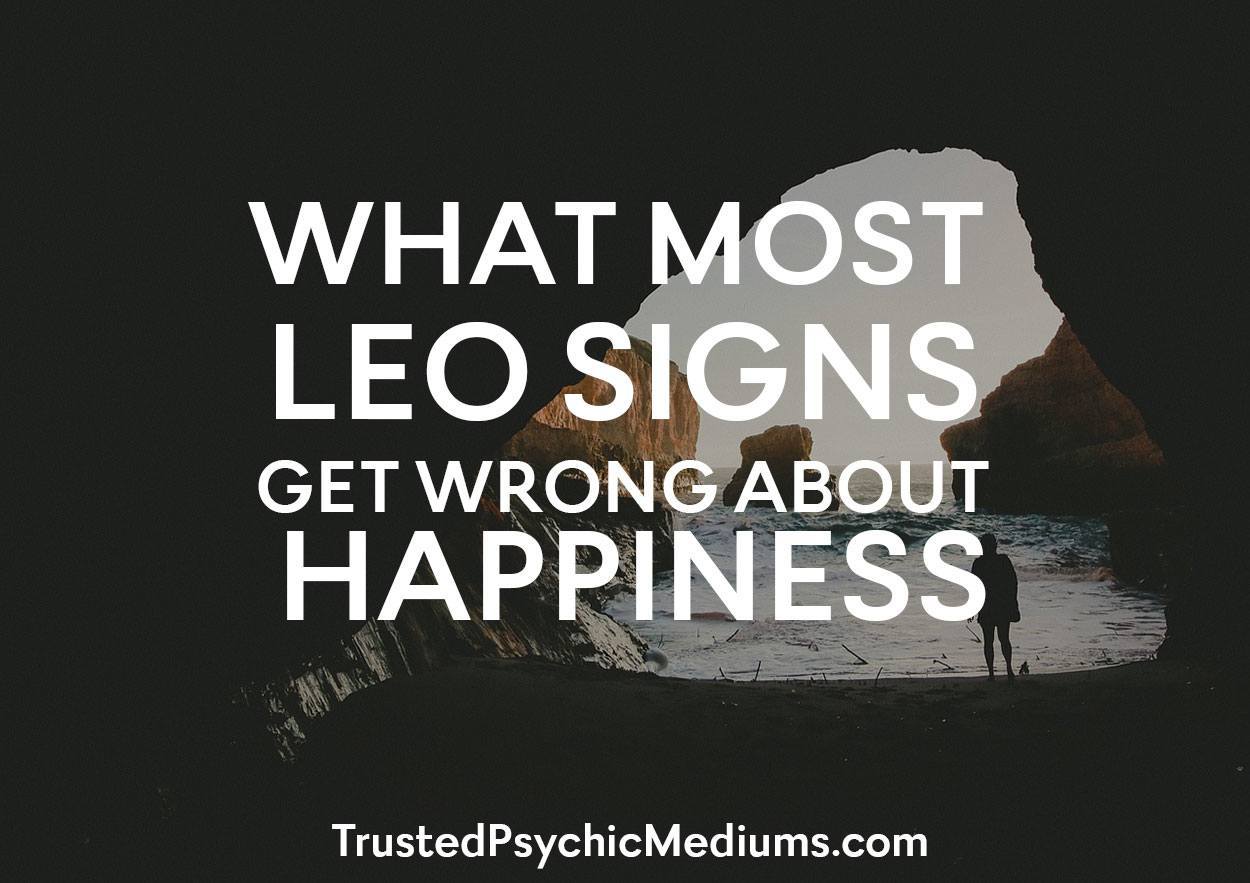 Leos are one of the most confident signs of the horoscope. It’s very easy to admire a Leo. Most people lack courage in at least certain settings.

Leo women and men tend to find this courage in almost all settings they find themselves in.

This makes them worthy of attention. This also gets them a lot of admirers.

While it’s very easy for them to take charge, maintaining that positive effect is a different matter entirely.

Due to the fleeting nature of the success they achieve with all their efforts and courage, Leos often find themselves unhappy.

The truth is they are unhappy because they have limiting beliefs about happiness. They have certain beliefs about personal happiness that get in the way of them truly achieving happiness.

Here are just some of the things most Leos get wrong about happiness.

Happiness Is Not a Destination

Have you ever thought of happiness as some sort of prize you get at the end of the journey? If that’s how you view happiness, then you define it as a destination.

It’s not uncommon for Leos to say to themselves that they will only be happy at a certain point in time.

They often find themselves in a situation where they have to work at something, go through a process, and hope that at the end, they will gain some sort of satisfaction.

This is a classic case of viewing happiness as a destination.
A destination-based definition of happiness makes you a slave of outside circumstances. It really does. How?

The problem with this is that there are so many things out there that are beyond your control. You find yourself waiting for something that doesn’t come.

It’s the struggle. It’s the sacrifice that you have to make. It’s the memories that you create along the way, both good and bad.

These are the foundations of happiness. It’s all about living in the moment and living in an experience.

Defining happiness as some sort of destination you arrive at is a recipe for unhappiness and lack of fulfillment.

Happiness Is Not a Product

According to recent scientific studies, money can buy happiness. It really can.

However, if you use money to buy stuff to make you feel happy, it’s not going to last.

Instead, happiness is something that you yourself create. It’s not created by other people. It’s not dependent on things outside of you.

Most importantly, it’s not something that you really can buy.

According to scientific research, people who use their money to buy experiences report being happier for a longer period of time.

If you constantly depend on the validation of other people to feel good about yourself, you are setting yourself up for a lot of unhappiness in life. The reality is people change.

People are fickle. People stab you in the back. People have their own issues.

Instead of defining happiness as coming from other people in your life, focus instead on happiness as something you create for yourself.

It is a product of your will. Some would say happiness is a self-delusion. Regardless, it is your own delusion and you choose it.

Happiness Doesn’t Come From Outside of You

All the limiting beliefs that I’ve outlined above all point to the same conclusion: happiness isn’t external.

Nothing could be further from the truth.

There are many cases of people in prison or in cancer wards who feel very happy. Why?

The best part of it all is that it’s a reality you can create if you choose to.

Unfortunately, people don’t allow themselves this choice because they mistakenly believe that it’s a destination, it’s a product, or it comes from other people.

Not surprisingly, among the top ten prescriptions in the United States year after year are anti-anxiety and antidepressant medications.

This all flows from the idea that happiness is some sort of external state that you can buy through chemicals or through other means.

It comes from you.

Happiness Isn’t a Fixed State of Being

Another way Leos sabotage themselves when it comes to personal happiness is when they define happiness as a fixed state of being.

What does this mean? Leos look at happiness as a personal definition of being.

A person is either happy or unhappy, and it lasts a long long time. The problem with this is that it doesn’t match reality.

Happiness is dynamic. You should allow yourself to be happy one moment and not so happy the next moment. That’s part of life.

When you buy into the lie that you must be happy all the time or else you’re not truly happy, then you’re just bracing yourself for disappointment.

You’re just bracing yourself for unhappiness and depression.

Happiness isn’t a fixed state of being.

Just like with everything else in life, it’s in a constant state of flux. Be content with change, because that’s the only thing you can rely on.

If Leo people stop believing in the things outlined above, they can be so much happier.

For the most part, people are only unhappy because of the beliefs they have. Happiness is a choice. You can start making the right choices today.