Libra: Learn to Communicate With Your Guardian Angels 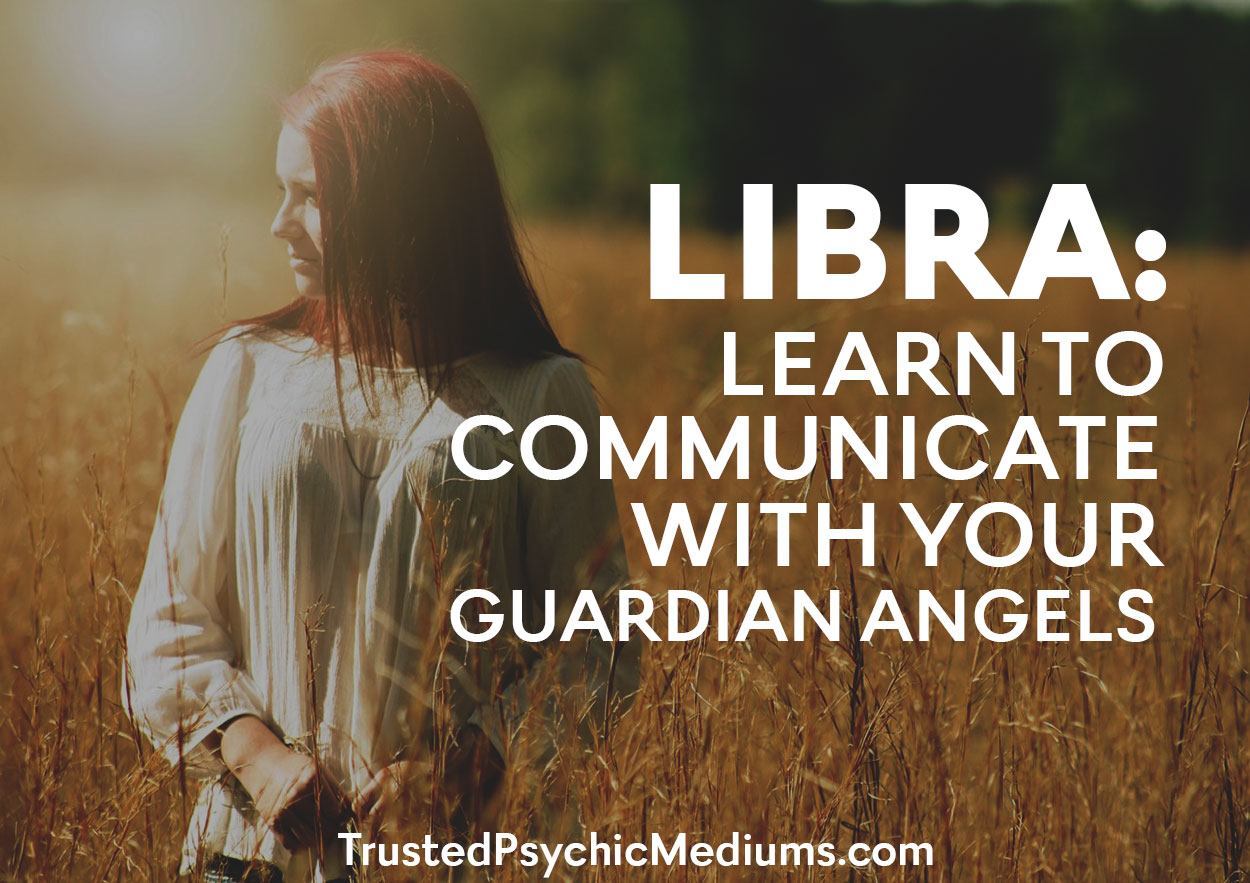 Libra people are very easy to get frustrated at. They really are.

They take a long time to decide on things. Oftentimes, you think you are going into a situation with a Libra solidly behind you. Then you turn around, and they’ve changed positions.

They can be quite annoying.

With that said, Libra women and men have a lot to offer. They are always able to tell you both sides of a situation.

You have to understand that if you’re going to be making a decision, it better be an informed decision. This means you shouldn’t just focus on how you’d like things to turn out.

Libras are able to weigh both sides.

This can be both a blessing and a curse. I’ve already laid out why it’s a blessing, but it can also be a curse. Why?

Libra people take a long time to decide because they’re always weighing both sides. The worst part is that they keep asking for more information, evidence, or more data.

Unfortunately, even if you give them all the info, they’re still no closer to a decision than when they began.

The reason behind this is that the Libra mindset is simply configured to fear outcomes.

They fear taking side and committing. They’re afraid of being wrong.

Now, don’t get me wrong. Most signs of the horoscope, at one level or another, are afraid of failure. They are afraid of making the wrong decision.

Still, most of us are able to pull the trigger, get off the fence, or whatever metaphor you want to use for making a decision.

Most of us are able to decide.

Not the Libra. The Libra will try to stall for as long as possible.

Most of the time, this stalling takes the form of asking for more data. This can get really annoying and irritating.

In many cases, it’s very easy to accuse the Libra of being two-faced or being a backstabber.

The good news, if you’re a Libra, is that it doesn’t have to be this way.

By simply learning to communicate with your guardian angels, you would be able to overcome your fear of making a decision.

You would be able to get out from under the debilitating effect of your fear of making a mistake.

There’s nothing mystical about talking to your guardian angels. The guardian angel is really just a religious metaphor for native knowledge and intelligence.

We all have intuition. We know when certain signals appear that either something good or something bad is about to occur.

Nobody taught us of these signals. It’s inborn.

While behavioral psychologists can debate until they’re blue in the face regarding the nature of human intuition, it is indisputable and beyond debate that intuition does exist.

You need to go with this. You need to understand that life is too short for you to permanently stay on the fence.

Here are some tips on how to better communicate with your guardian angels.

You are very afraid of being wrong. I think that much is obvious, but you have to understand that you’ve been right in the past.

In many cases, if you were to do a statistical analysis of your past decisions, you were probably right more often than you were wrong.

In the law, they call this the preponderance of evidence: when things are more likely to have taken place instead of the opposite.

That’s a great base to work from. Fifty-one percent is definitely much better than 0% or 20%.

Unfortunately, you have a mental filter that automatically equates even one failure with 100% failure.

But the truth is, making a mistake is part of life. We’re all imperfect and human, and that’s what makes life an adventure and fun.

There’s always that element of danger or an element of risk. The danger being that you will be wrong.

So you just need to overcome that and rely on the fact that you were right more often than not in the past.

If you’re able to gain some confidence from this fact, it will grow. Why?

You are able to make more decisions more freely, and you’re able to trust your intuition.

This leads to even more decisions and on a statistical basis, you will make the right decision more often than the wrong decision.

Learn to live in the now

Another problem with the Libra personality is that you think that the future is unlimited. In other words, you have unlimited time and options to choose.

As a result, you keep kicking the can down the road as far as your decisions are concerned.

This is a serious problem because guess what? Nobody has a monopoly on time.

Time is going to pass regardless of what you do. Worst of all, your time is your most precious asset. Once that second passes, it’s never going to come back.

It’s really important to live in the now and to feel the emotional urgency of living in the present.

If you’re able to do this, then you would be able to achieve so much more in your life.

You have to understand that being a Libra, you’re one of the most analytical signs of the horoscope.

Libras make great lawyers, arbitrators, and judges. Anything to do with analysis and decision making, Libras excel in.

The problem is Libras are so afraid of making a mistake that they cut off many of these career opportunities as well as advancement opportunities.

You’re not put on this earth to be mediocre or to regret that you didn’t live life to the fullest.

Learn to live in the now and get off the fence. You’d be surprised as to how right you are.

Considering how meticulous you are in weighing both sides, rest assured that you would make the right decision more often than not.

By listening to your intuition more often, you would be able to break free of the common mental habits most Libras suffer from.

Too many Libras live quite desperate lives of mediocrity. They really do.

You’re destined for something great or to be somebody bigger than who you currently are.

It all boils down to choice. You need to choose to trust your intuition more.