Three Famous Virgos to Inspire and Motivate You 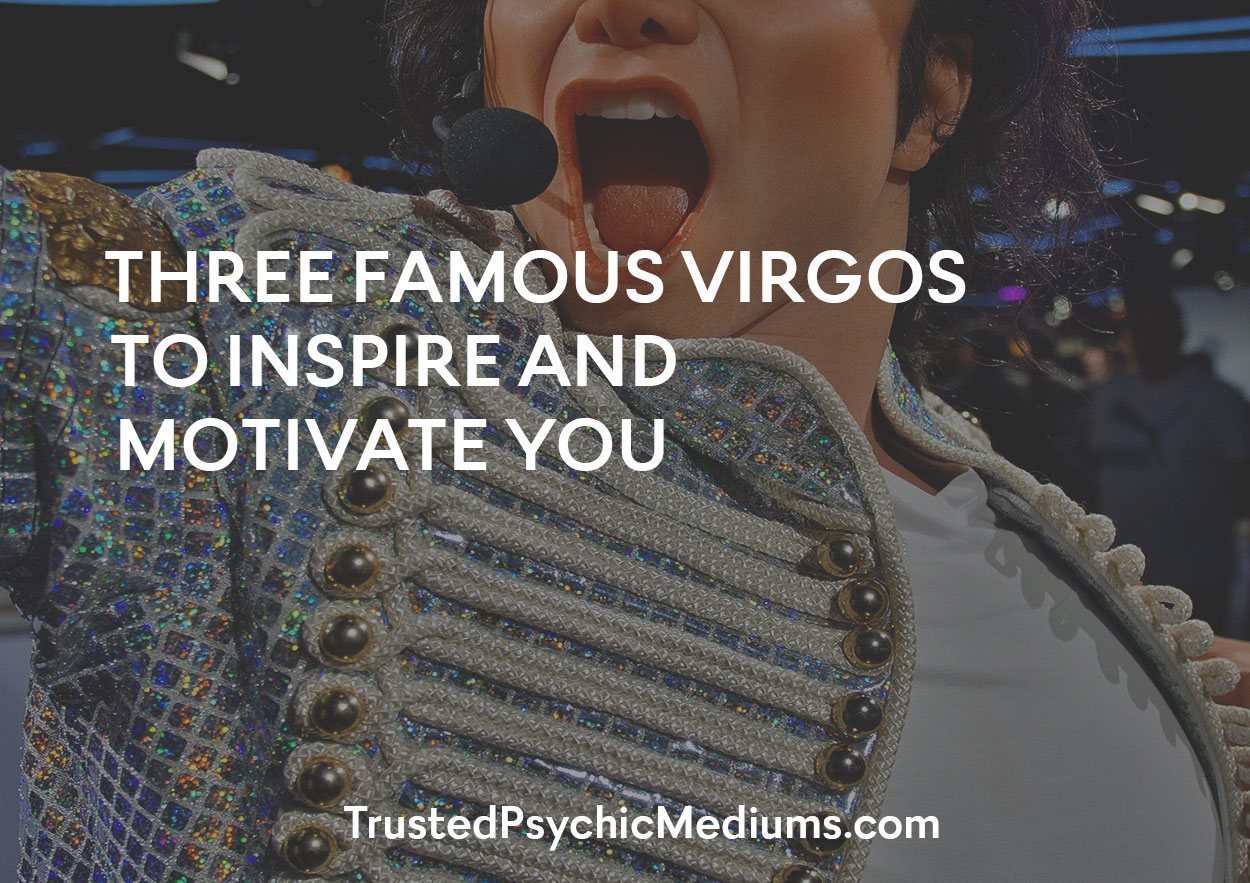 However, this does not necessarily mean that they are all artists.  As you probably already know, creativity can be expressed in many different ways.

Creativity is the currency of life.  We all need creativity and imagination because problems are everywhere.

To overcome problems, we need to oftentimes think outside the box.  At the very least, we need to make certain connections among ideas and experiences we have picked up in the past to solve our current challenges.

In the world of the arts, this creativity is extremely important.  The good news is that Virgo people are nothing but creative.

Regardless of their specific fields, they are very creative and imaginative.  Here are the stories of three famous Virgos that you can be inspired by.

Beyonce Knowles, also known as Beyonce, got her start as a member of the R&B female group Destiny’s Child.  They had a lot of hits in the 1990s.

What set apart the group was their in-your-face kind of attitude.  They wrote love songs that did not seem like love songs.  They were very direct.

They often hit a raw emotional nerve, but they are still very melodic and easy to listen to.

As you can tell by this orientation, Destiny’s Child was pushing a lot of creative boundaries.  It was talking about topics that other girl groups would not touch, and this is what set them apart.

This is a reflection of Beyonce’s tendency to push the envelope.  She is a very creative and driven person.

Apparently, Destiny’s Child did not give her the creative outlet that she was craving and she eventually struck out on her own solo career.

Ever since then, she has won around 20 Grammy awards and she continues to rack up successes to this very day.

A Virgo should look at Beyonce’s life as a testimony to Virgo’s creative power.  In particular, Virgos should learn from Beyonce the importance of knowing what you want.

If you have a distinct vision and you know where to take your career, you need to stick to your guns and never compromise.

She never compromised.  She knew what she wanted.

Before she became famous, she has always been singing and she kept pursuing her dream until she made it big.  Even when she has achieved success, she never strayed from her ideals and her vision.

In fact, she remained so true to her unique personal creative vision that she risked the loss of an otherwise lucrative career with Destiny’s Child just to pursue her own direction.

The most famous Virgo in recent memory is, of course, the King of Pop – none other than Mr. Michael Jackson.

Michael Jackson was famous when he was a little kid.  He started at the age of six when he began singing for the Jackson Five.

Throughout his adult life, he has achieved success after success.  He started out early and he never looked back.

While there are many things to be said about Michael Jackson, one thing is indisputable.  This person had vision.

In fact, he had such a clear idea as to how he wanted his music presented that he would not back away from that particular vision.

In truth, you only need to look at the documentary on the last set of concerts he was to make right before he died called This Is It.

In that documentary, you will see Michael Jackson putting his dance troop as well as his backing band through several rounds until they got it right.  That is how exact he is.

Regardless of whatever criticism people have about Michael Jackson, one thing is clear.  He had a clear idea as to what he wanted and he never backed away from it.

This is why he was able to achieve all the success that he won throughout his life.

Virgos should be encouraged by Michael Jackson’s story because he came out of nowhere and by sheer force of character and loyalty to his vision, he became one of the biggest stars the world had ever known.

What makes Adam Sandler such an inspiring Virgo individual is the fact that he is able to take the good with the bad.

While his movies overall has grossed over $2 billion, he has made quite a number of good movies along with notably bad movies.

What Adam Sandler’s career should tell Virgos is that you should not be afraid to go out on a limb.

Not everything you create will be a success and that everything that you produce will be positively received.

The flip side to making your dreams come true and expressing your inner vision is that there will be resistance from time to time.

Still, you have to step up to the plate and take that swing.

Even if you get knocked down and you produce a few flops here and there, it still will be worth it as long as you keep getting up there and producing.

If there is anything that can be said about Adam Sandler, it is that he keeps producing.  Either good or bad, it does not matter.  He just keeps stepping up to the plate, swinging that bat until he hits a homerun.

That consistency and reliability is definitely a source of inspiration and not just for Virgos.

Keep the three famous Virgos above in mind whenever you’re feeling lost, alone, directionless, or hopeless. Learn to draw on your inner Virgo intuition.