Scorpio: Five Traps To Avoid When Talking To Your Man 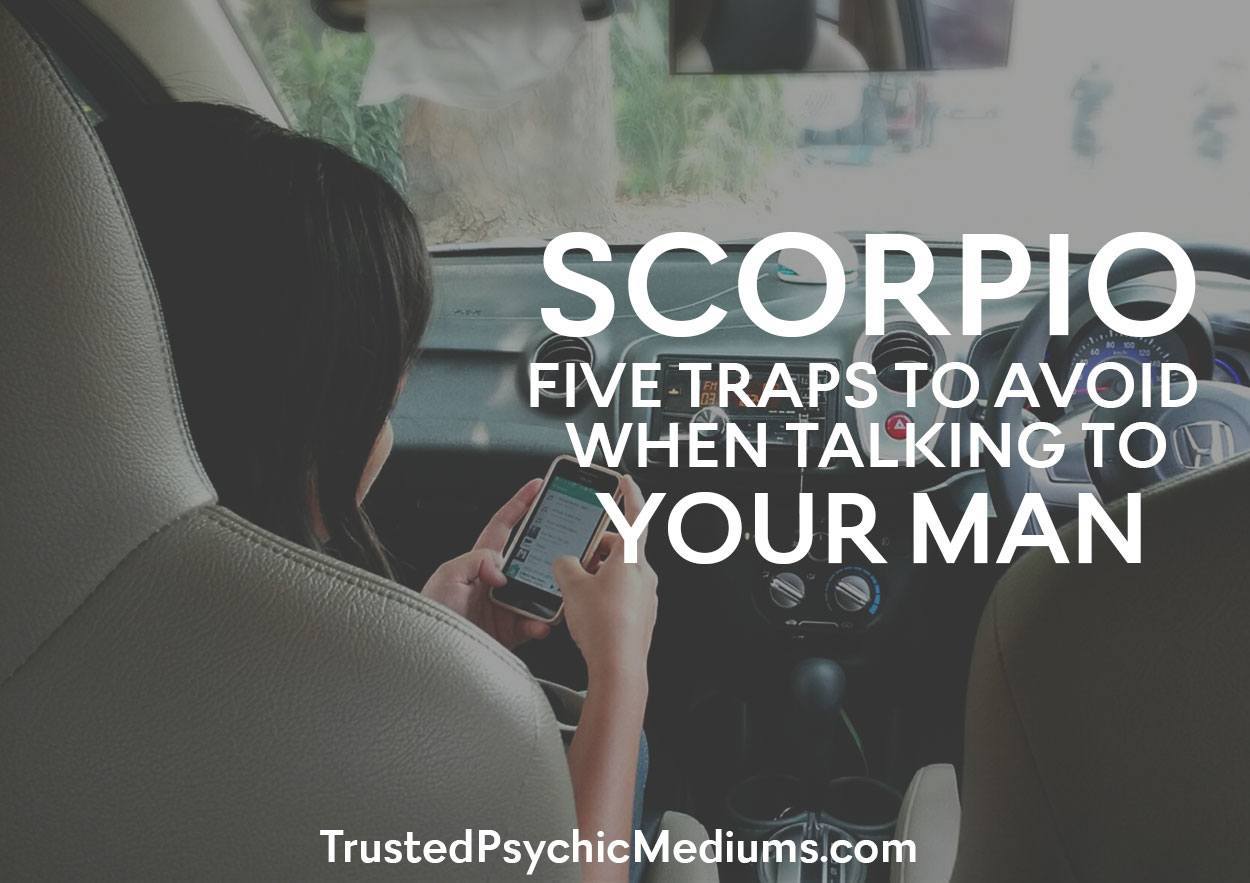 Scorpio women simply have one of the worst reputations in the horoscope.

This should not be a surprise because if you stab a Scorpio woman in the back emotionally, chances are you will have hell to pay.

This is the type of person that will move heaven and hell just to take revenge on you. The worst of all, it is not a one to one revenge.

Scorpio women lose all sight of logic and proportion when it comes to paying back. They will repay you a million times to one.

That is how bad payback can be if you hurt a Scorpio person emotionally.

You have to understand that what drives all this intensity is the fact that Scorpio people are emotionally intense. They navigate the world in emotional terms.

It is their currency. It is how they make sense of the world. It is how emotions are and how they define themselves.

If you send the wrong signals and you hurt this person on a purely vulnerable level, it is not uncommon for this person to really put in a lot of mental and physical energy in getting back to you.

This is how Scorpio people are wired. However, if you are a Scorpio woman and you are looking to develop a more harmonious relationship with your man instead of an abusive relationship, you do not want to trigger this process.

Unfortunately, it is very easy to trigger this process and send the wrong emotional signals to each other until you are at each other’s throat.

It is very easy to get confused and distracted and end up in a slippery slope that leads to all sorts of emotional recriminations.

Here are five traps to avoid when talking to your man. The key here is key communication.

Unfortunately, communications can be a minefield for emotionally sensitive and immature Scorpio women.

Do Not Put Him on the Spot

In many instances, you would get burning smoke but none of the illuminating and cleansing light that you are looking for.

In other words, you do not get to the matter of the issue.

Instead, the person will engage in all sorts of defensiveness and evasive maneuvers and your relationship ends up being strained.

The worst part is you only have yourself to blame because you went about it the wrong way. People do not like being put on the spot.

It is always a bad idea and habit to put people on the spot. You come off as some sort of prosecutor doing a cross examination rather than somebody this guy is in a romantic relationship with.

Do Not Push Him to Commit

Most American guys in this day and age have a tough time committing. This should not be a surprise because our mass media keeps blasting us with all these options.

The thinking is that by keeping our options open, we hang on to our freedom and flexibility.

Of course, this is all an illusion. You probably understand this.

You probably get the fact that when people commit, they can move further and higher in lot because they have established the baseline.

We can all agree on that, but the problem is you cannot impose that on that special guy in your life.

By pushing him to commit, you might get him to start thinking of your relationship in a very negative way.

Instead of you getting the resolution that you are looking for, you might actually end up producing the exact opposite.

If you do not want those to become a reality, do not push that special guy in your life to commit too early.

Give him time. Give him space.

Do Not Interrogate Him

This really flows from the first trap I mentioned above. However, this trap requires its own space because it is very easy for Scorpios to fall into this trap.

Scorpios are very emotionally intense. They like clear pictures.

Unfortunately, all of life is a massive gray area. It is very hard to reduce everything into black and white.

Sadly, this is exactly what you are doing if you are interrogating your man.

You have to understand that when most people get confused, their instinctive response is to skip out. As the old saying goes, when in doubt leave it out.

Do not expect your special guy to be a hero. He is not immune from that default dynamic.

Do not push too hard. Do not interrogate him. Otherwise, you might lose that special person.

Do Not Expect the Same Level of Emotional Intensity from Him

It is very common for Scorpio women to feel that everybody else is like them. Since they are emotionally intense and they map the world in terms of emotional authenticity and intensity, they expect everybody else to be like them.

This is really a very common trap because we often redefine the world around us based on our values and our expectations.

This is to be expected and this should not be surprising.

However, as we mature as emotional creatures, we are able to realize and accept the fact that people have different emotional intensity levels.

In fact, many people do not even look at the world from a purely emotional perspective.

Some are idealistic, some are materialist. We have to be at peace with this reality.

Unfortunately, it is a commentary on your low level of emotional maturity when you think that everybody is as emotional intense as you.

Do not expect the same level of emotional intensity from him.

In fact, he may be emotionally intense but may not be manifesting that intensity in a very familiar way.

Different people express emotions differently. Be at peace with that fact.

Do Not Paint Him into a Corner in Terms of Decisions

Just as you should not push the guy to commit, do not come up with all sorts of devices or arrangements to get him to decide. This is the worst thing you can do.

If he feels that you have set him up, then this leads to a deep and profound sense of betrayal and guess what will happen? You will lose that guy.

Stay away from this very common trap.