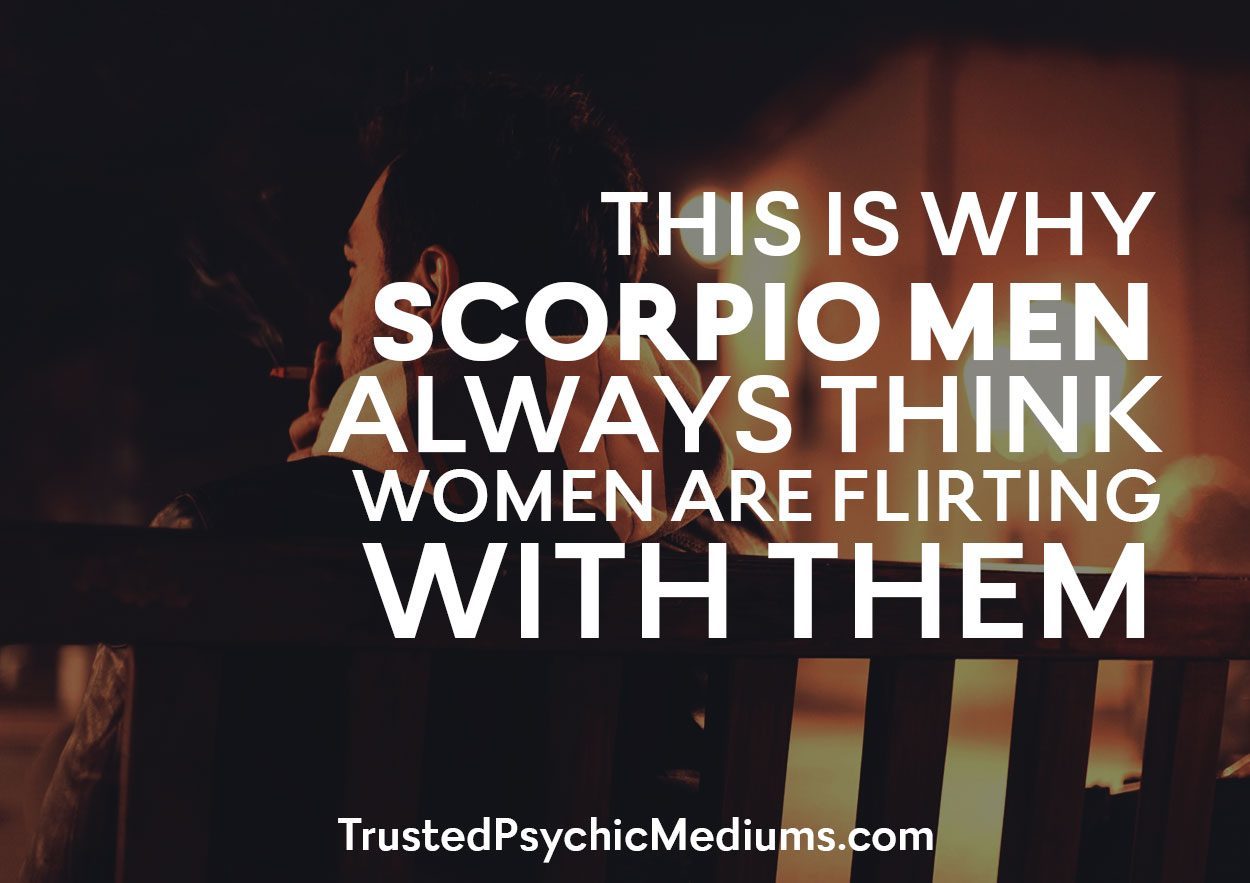 Don’t you hate it when a guy in your circle of friends always thinks that chicks are always flirting with them?

It may make for great inside jokes and it may trigger a few laughs here and there, but it actually points to a very real issue.

There are certain people that think that the world is in love with them.  These people are actually easy to spot.

They think that if you are looking at their general direction that you are somehow or someway physically attracted to them.

Well, with Scorpio men it is actually the opposite.

There is a reason why Scorpios throughout history have had a reputation for being intense.

We are talking about people that would really move heaven and hell just to get back at you.

If there is anything you do in life, do not ever screw or back stab a Scorpio.  Not only will this person get payback, but they will pay you back several times over.  That is how intense they are.

They look at the world as an emotionally black and white world.  There is no gray area for them.

You are either with them or you are against them.  You either love them or you hate them.

This is in keeping with a typical Scorpio personality.  They are very emotionally intense people.

They are not as materially driven as a Capricorn or a Taurus nor are they are as idealistic as a Virgo or an Aquarius.  However, they are driven by emotional intensity.

This is very different from the emotional idealism of a Pisces or an Aquarius.  It is this level of intensity that makes Scorpio people great lovers, great family members and loyal friends.

However, if they feel that you stab them in the back or let them down at the worst possible time, you have another thing coming to.

Of course, there is a positive side to this.  If you help a Scorpio out, this person can be your best friend for life.

Seriously, they can be extremely loyal.

In many cases, companies do quite well with a Scorpio in a key role because this person is extremely loyal.

What does all this have to do with Scorpio men always thinking that women are flirting with them?

It all boils down to emotional intensity.

As I mentioned earlier, Scorpio people have a tough time realizing that the world is a morally gray area.  It would be nice if we could just divide the whole world into people that wear white hats and people that wear black hats.

Unfortunately, life does not work that way.

Somebody who is kind and generous and compassionate one day might be in a situation where they can do something truly screwed up the next day.

The worst thing of it all is that it is still the same person.

Unfortunately, Scorpio people miss the memo on this.  They just simply cannot understand or even believe this concept.

To them, the world is either black or white.

Based on this mind frame, it is no surprise then that Scorpio men always think that women are attracted to them.

It is easy for them to confuse a positive attention like a smile or a kind word or even a direct look as something bordering on flirting.

They do not get the concept that people might send off positive signals to other people and not mean much by it.

They are just enjoying themselves in a particular point in time.  Unfortunately, Scorpio men always read this wrong.

They think that just because a woman is smiling at them that the woman is physically interested in them.

Instead it is all mental.  It is just a natural extension of how they view the world.

Scorpios View the World as Black and White

As I mentioned earlier, they look at the world in a binary way; it is either black or white.

Unfortunately, if you think that either women want to flirt with you or women despise you, you are going to have a tough time dealing with people because life isn’t that way.

There are people that would send off all sorts of positive vibes around you, but they do not necessarily want to be romantic partners with your.

They just like your company or they just are having a good time in that particular moment.

If you are a Scorpio man and you feel that this mindset is a problem, the solution is quite simple.

Allow yourself to simply enjoy the moment.

This would allow you to accept the fact that a woman can be smiling your way or be kind to you and just leave it at that.

Unless of course she says something more explicit or she is more expressive and there are more pieces of the puzzle at play.

Just accept the fact that there are a lot of gray areas both in terms of emotional signals as well as moral signals in this great world of ours.